Skip to navigation
You Deserve Justice REACH OUT TODAY 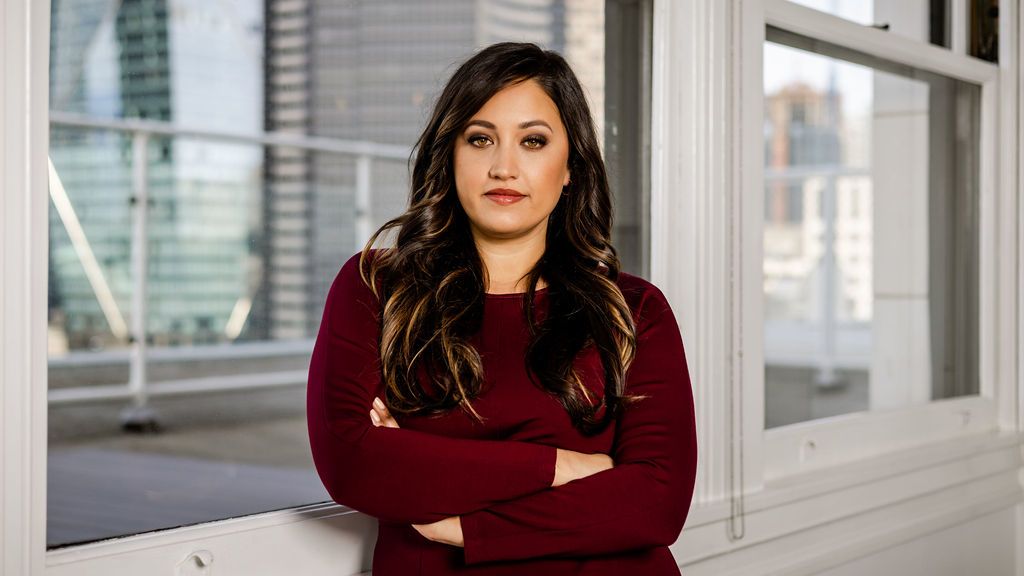 This past December 7th , I celebrated 17 years working with my father in the law. I've spent a lot of time over the past few weeks (as we all do at the end of the year) thinking about what has gotten me to where I am today - the Managing Partner of a law firm representing clients in Personal Injury and Crime Victim Representation cases.

In the summer of 2005, I was floundering educationally; I wasn't motivated or connected to my new life as a college student. After a few mildly successful but mostly failing quarters (with one professor telling me that I should reconsider college as it didn't appear to be a good fit for me - ouch), I was academically dropped from the University of Washington.

I was also physically and emotionally drained from working nights and weekends in the restaurant industry. I had always had a passion for cooking and dreamed of becoming a chef and opening a restaurant, but had not found the professional drive or passion I had expected.

Feeling utterly lost and unsure of where my life was headed, I spent a few weekends crashing on my parents' living room couch.

In the summer of 2005, my father decided to restart his legal career and opened The Law Office of Robert Perez. For the prior 15 years he had worked in the tech industry, but also did not find the professional drive or passion he had hoped for. He took the Washington Bar Examination and decided to open up his own practice. Knowing only criminal defense in California, he rented a small office in a shared office environment and began representing persons accused of crimes. Representing criminal defendants had brought him great satisfaction in California, but the legal community was inhospitable and disingenuous. He had hoped that Washington would be different - and it was.

When the option for the reception space in front of his office became available, he said Yes. He then started to go about the practical aspects of opening a law firm. He needed help building his office - literally - assembling desks and file cabinets. It occurred to both of us that I could help. In those first few days, we would carpool to the office together. I built and assembled the office future while he worked on developing his website and representing his first few criminal clients. On one of those drives into his office, he talked about his need for a legal assistant and it dawned on both of us that maybe I could be hired as his legal assistant. The idea of a regular 9-5 job was appealing and I had come to realize that I had the skills and compassion to assist in his criminal defense law practice. Our relationship was important, so we decided we would try it out for 90 days. If after 90 days it wasn't a good fit (for whatever reason), then our relationship was more important and we would go our separate ways professionally. My first official day was December 7, 2005; neither he nor I have looked back in the 17 years since.

With a new found sense of direction, I enrolled in community college. I was still interested in becoming a chef and owning a restaurant, so I focused on electives that would allow me to earn a business degree in hospitality. One of those electives was Introduction to Law; it wasn't another course that I had to complete. The subject of the law was compelling. So when my father would say, "maybe you should go to law school," I started to listen and believe.

With a new found sense of passion for my professional future, I diligently spent the next few years focused on my education. I completed my AA degree; earned my way back to the University of Washington; completed my undergraduate degree; and attend law school. With every intention of joining my father in criminal defense practice. My Evidence professor even fondly referred to me as "Defense Counsel." I won my law school's internal negotiation competition and represented my law school at a regional competition. I competed in Trial and Appellate Advocacy and earned a coveted spot (as one of only two 2 L students) on the Mock Trial Team and represented my law school in a regional competition. I completed a federal judicial internship with United States District Court Judge Ricardo Martinez for the Western District of Washington. And with all of those obligations and ambition, I completed law school a semester early.

In February 2012, I passed the Washington Bar Examination and joined my father as an Associate Attorney in May of 2012. Over the next few years I appeared in court routinely, whether by my father's side during a felony sex offense or murder in the second degree trials or representing my own clients in courts all over the State of Washington. In those first few years, I actively participated as counsel in 10 criminal trials.

As the years passed and my court and trial experience grew, I started to question my commitment to criminal defense. Although I enjoyed criminal defense, the practice and inequities weighed too heavily on me.

I had recently been injured in a car accident (thankfully it was minor) and was frustrated by the the claims process and the unguided process of seeking medical treatment for those involved in a car accidents. I began to soak up as much information as possible about representing those injured in car accidents. I sought out mentors (Jason Baker and Paul Schneiderman) and followed their advise regarding professional development. In 2017, I started to actively diversify my law practice and began taking personal injury car accident cases. Both fields involved gathering evidence, presenting a compelling case for negotiations, and litigation (which I loved). Diversifying my law practice to include civil personal injury trial work was a natural fit for my skills and legal interests. I associated as counsel in two civil trials. But as I further transitioned away from criminal defense, I began to miss being part of the criminal justice system and the frequency of appearing in court.

In the Fall of 2019, I was approached by a Municipal Court Judge and asked if I had ever considered becoming a judge. The thought have never crossed my mind; but the conversation opened a door that was powerful and appealing. My law partner and father was also preparing for his retirement. He didn't know what that would look like for our firm, but it was planned for June of 2020. With his expected retirement, I was given the opportunity to reflected on the type of practice I wanted to focus the rest of my career on and how I would transition from a Partner to the Managing Partner.

I had been a member of the Judicial Evaluation Committee for Washington Women Lawyers for the past 4 years, so I had an understanding of the qualities and characteristics of what I believed a strong judicial officer should possess. In Washington judges are appointed or elected and I knew that process to be long and arduous. If I was considering that leap, I wanted to learn more. When judges need coverage (for personal or professional leave), the courts hire a Judge Pro Tem to cover available court calendars. I prepared my resume and applied to become a Judge Pro Tempore. I was hired as a Judge Pro Tem by Seattle Municipal Court in 2020 and by the King County District Courts in 2021. In the last two years, I've covered hundreds of criminal and civil calendars, including sitting as the judge over a misdemeanor domestic violence assault trial. I was able to balance my private practice with periodically appearing as a judge.

But as serving as a Judge Pro Tem for several years, I came to realize how much I truly loved being an advocate and efficiently and effectively walking people through one of the most challenging experiences of their life, providing with dignity and peace throughout the process.

This lead me to explore another side of legal representation - representing crime victims, specifically victims of assault or Driving Under the Influence. My trial and court experience in the arena of criminal defense combined with my experience representing civil plaintiffs (victims) in personal injury cases involving negligence claims, was an excellent combination to effectively and efficiently represent crime victims in all arenas: as a witness in the criminal case against the perpetrator/criminal defendant; obtaining civil no contact orders; and going after the perpetrators, businesses, or institutions that negligently allowed these crimes to occur.

I have also hired an incredible team of talented women; all of whom are subject matter experts in their own fields and have a passion for representing personal injury and crime victims.

It's been an interesting 17 years; I've learned that my future is not on the bench, but in the courtroom fighting for the rights of victims (DUIs or assaults) and those injured by the negligence of others (car accidents, medical providers, or on the property of a business owner or landlord). I cannot wait to see what the next 17 years of my professional life holds for me.